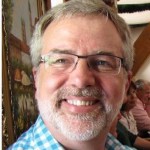 Earlier this summer we all heard, perhaps a little (or a lot) more than we wanted to, about the birth of the future King of England. Say what you will about the coverage or your interest in it…it was the unremarkable birth of a remarkable baby.

I say unremarkable…I know that the miracle of birth is indeed a miracle. But it’s also commonplace…unremarkable. According to insurance companies, it barely warrants a stay in the hospital for mother and child. That’s kind of the way it’s supposed to be. Unremarkable.

I have two daughters who had unremarkable births (if you can call a 10-pound baby born at home unremarkable). So for me, through my young adulthood, birth was an unremarkable event.

Then in 2000, my grandson Galen was born to my older daughter, Rachael. We were just getting to know and love him and then 13 days later he was gone and I was devastated. We…the whole family was devastated.

In 2002, my granddaughter was born. Though the labor was on-again, off-again and went on for what seemed like forever, Medorah Maren Harris Butz joined us in March of that year and has been a light in our lives ever since. Medorah knows about the brother she never met, and feels his absence.

Five years later, my younger daughter Maren and her husband Rich conceived. She did EVERYTHING right during her pregnancy. She ate sensibly, exercised, became a yoga fanatic, to prepare herself for birth. But the birth was tough and ultimately a Caesarian Section was performed. It was clear immediately that my new granddaughter Alean was in distress. I was on my way to Maryland where they live when Rich called to tell me they were taking Allie to the Neonatal Intensive Care Unit. She had gotten meconium in her lungs during labor, and the blood vessels in her lungs weren’t filling up like they were supposed to. When I arrived at the hospital, I went to the NICU to see my new little granddaughter. But all I could do was look. I couldn’t touch her, couldn’t talk to her, couldn’t do anything to excite her. She needed to remain as still and as calm as possible.

That night, I called my sister to tell her what was happening. I told her I couldn’t go through this again. But what choice did I have? Not only was my heart aching for my granddaughter, but for my daughter and son-in-law as well. We were powerless to help. We had to turn our fates and the fate of this new little life over to doctors and nurses and whatever higher power there is out there. I got a call in the middle of the night and Rich told me that the doctors had one more treatment to try, and if that didn’t work they were going to airlift Allie to DC Children’s Hospital and put her in an iron lung. 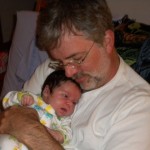 Luckily, Allie responded well to the treatment, and after sixteen days in the hospital she was able to come home. We went and visited her every one of those sixteen days and were thrilled after 3 or 4 days that we were actually able to touch her feet. A few days later, we were able to hold and feed her. During those sixteen days I witnessed the fierce devotion that the NICU staff has for their tiny little charges. They were all like mother tigers looking after their cubs…tender, but will turn ferocious if they’re confronted. I also learned that the therapy that ultimately saved Allie’s life was developed with funding support of the March of Dimes.

After it was over, I needed to heal. I needed for something good to come from all of the remarkable pain I’ve experienced when new lives enter the world. I became an ardent supporter of the March of Dimes and have participated in the March for Babies every year since Allie’s birth. With this year’s march, I’ve raised over $6000 in support of the organization.

Now you’re probably thinking, “Yeah, interesting story, but what does it have to do with us?” As you probably know, I’m a singer…and this year as a part of my fund raising efforts, I performed a recital that featured a set of songs about children. When looking for a venue in which to perform the recital, I reached out first to Theo, and then to Pastor Keith. From the very first interaction, the answer was yes. Not the word yes at first, as we had details to work out. But the spirit was yes and the feeling was warm and welcoming from the very beginning.

My personal experience with organized religion is much more centered around “no” than “yes,” so I was happily surprised. I think the Apostle Matthew said it best…”I was a stranger and you took me in.” Not in quite the same way, but the sense of welcome and feeling of inclusion was palpable. Working with Theo, with Pastor Keith, even with Mitch Leigh who helped me set up a couple of computers on your wireless network so I could take donations that way was, start to finish, the best.

So, your ministry here has certainly touched my life by fulfilling my spiritual need for healing, and through the money raised in support of babies, other lives have surely been touched by the physical healing provided through the March of Dimes. And maybe, just maybe as a result another father will start to walk every year. Your light is shining brightly.

UCC churches share thanks with their communities through food, fellowship
29 November 2022