I can’t believe that July is already here. In America July is a big month. July is National Blueberry Month,
National Anti-Boredom Month, Unlucky Month for weddings, National Cell Phone Courtesy Month (we
sure need that), National Picnic month, and, perhaps most importantly, it is National Ice Cream Month.

By now some of you are thinking, he left out the main holiday of the month, Independence Day!

Nope, I’m getting there. The Fourth of July—also known as Independence Day or July 4th—has been a
federal holiday in the United States since 1941, but the tradition of Independence Day celebrations goes
back to the 18th century and the American Revolution. On July 2nd, 1776, the Continental Congress voted
in favor of independence, and two days later delegates from the 13 colonies adopted the Declaration of
Independence, a historic document drafted by Thomas Jefferson. From 1776 to the present day, July 4th
has been celebrated as the birth of American independence, with festivities ranging from fireworks,
parades and concerts to more casual family gatherings and barbecues. 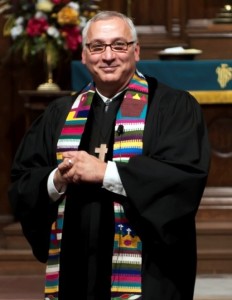 From the Corner
is written by the
Rev. Keith M. Haithcock,
Pastor & Teacher of
St. John United Church of Christ
0n the corner of
Fairfield and Ward Aves.,
Bellevue, KY